By Courtney Jacobs
Special to The Sentinel

LARGO – Prince George’s Community College (PGCC) won its fourth consecutive game, and their 13th win in the past 14 contests, with an 88-74 victory over their rivals Montgomery College on Jan. 23.

“My role on the team is to get everybody involved,” Morales said. “To do what I do best and contribute to the team…I don’t care about dropping 40 or 50 points. I like balancing it out and doing multiple things. That’s just the way I play. Today we did a good job of playing together and having fun.”

As soon as the ball went into the air at half-court for the jump ball, the Owls started running on all cylinders. They never trailed in the entire game and came out ready to put on a show.

PGCC started the game on an 8-2 run, which forced a quick timeout by Montgomery College Head Coach Keith Byrd.

The Raptors made some adjustments and cut the lead down to just three points at one point in the first half of play, but those modifications were not enough to overtake a determined PGCC team on their home court.  With their perimeter defense and outside shooting, PGCC went into halftime with a 32-25 lead.

“We had a good talk at halftime,” PGCC Head Coach William West said.  “Sometimes you have to pull things back, let them see what they are doing wrong and redirect them, talking to the staff to see what they see and then we just go from there.”

Byrd made a major adjustment in the second half by putting four guards on the floor in an attempt to play small ball so “that way we could spread the court out.”

West’s pep talk and adjustments worked to perfection as PGCC opened the second half on a 13-2 run and took a 45-27 lead.  A big key to West’s guard modification was the play of freshman guard Tunde Scrivner, who came off the bench and scored a game-high 32 points.

“Coach told me my role off the bench is just to come in and just give the team energy,” said Scrivner, who averages 17.2 points per game on the season.

“If my team is down, I have to come in, score and play defense. It’s a rivalry game. I was told we hadn’t beat them in a long time so I just wanted to get a win. I felt like it was a good night and there’s more to go. We just got to keep playing defense, keep playing team ball and we should be alright moving forward.”

MC attempted to make a comeback as they put 49 points in the second half, but it was too little too late.  Sophomore guard Dexter Turner was also a significant contributor in this game with 12 points (four 3-pointers) and four steals on the defensive end. For the Raptors, they were led by sophomore guard Vince Rose with 27 points and freshman guard Charlie Ali with 19 points, eight rebounds and two steals.

The PGCC men are having one of the best seasons in school history so far with a 16-2 record, averaging 90 points per game and shooting 48 percent from the field as a unit. With a great win like this over a rival opponent, West had four words for his team, “We got practice tomorrow.” 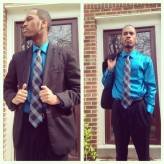